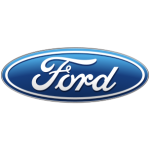 Ford: Cars with a High quality of data in our db ()

The Ford Motor Company was founded in 1903 and the following year it sold the first car: the Model A followed by the Model T, built in 15 million units. The car of the mass motorization of the United States.
The history of Ford is full of events, which affect both production and the racing world, and extends from Detroit to Michigan in Europe as well as in South America and Asia.

The Blue Oval, the symbol of Ford, has long welcomed many brands, some of which collected in the European premium sector such as Volvo, Jaguar and Land Rover and Aston Martin then sold when after the economic crisis of 2008, and It is established in the world thanks to many models that have achieved success in all eras. Many of them developed for the specific areas in which they were to be sold. However, at Ford, the merit of being the forerunner of the introduction of the concept of world-car, has to be acknowledged. The “One Ford” recent philosophy inspires the realization of cars that do not change anything depending on the final destination. Real global cars.

All Ford cars in our database

Say something about Ford