Tagged as: Ugliest Cars Ever Built

We use NAMEPLATES to group different cars, under an unique name, in different generations

draft— The Fiat Multipla is a minivan produced in two series from 1998 and until 2010, the year of his definitive retirement. A vehicle whose style was often debated – it was considered one of the ugliest cars ever built – the Fiat Multipla has gotten good selling results, especially in Italy where she was appreciated for versatility, volume, and operating economy.

The car, therefore, presents with absolutely unprecedented forms: in the face of a length which does not exceed 4 meters, the vehicle has very wide tracks and significant development in height. Also very characteristic are the huge glazed surfaces embedded in narrow pillars. To attract the looks, and the controversy, however, it is the front with tiny round headlights and the large bumper fascia polyurethane, as well as the staggering additional spotlights on the step at the base of the windshield. The bold shapes, however, allow realizing a very wide interior, equipped with six individual seats arranged in two rows, as well as of a large luggage compartment.

The particular shape of the dashboard, with no tunnel to ensure comfortable at the center front passenger (…), the seats are reclining type and thus allow their transformation into tables similar to those aircraft. The finishes are certainly not luxurious, with plenty of hard plastic and not very satisfying to the touch, but it certainly proves practical. The range of accessories is in line with the meager competition period (practically only the Honda Fr-V MPV with the same arrangement of seats), but drawing from the list of options you can fill some gaps. Technically, the Fiat Multi presents with a run-in of suspension layout, able to guarantee the minimum subtraction of the passenger space in front of the comfort of decent gear, while the thrusters are all rated economy. In 2001, following a slight facelift, it is introducing the new common-rail 116 HP which is at the top of the list.

The Fiat Multipla collects acclaim but also critical because of the design as well outside the lines, to the point that the Italian house in 2004 decides to substitute it with a second far less original series. The new Fiat Multipla loses the step at the base of the windscreen, as well as the tiny rounded headlights, in place of a more anonymous front, characterized by a simple grid and from more squared projectors. What has not changed is the profile characterized by large windows, as well as the dimensions that are substantially unchanged. Thanks to this initiative, the Fiat Multipla stops rattling with its unconventional design but retains the qualities almost habitability records that have determined its liking. Moreover, also in production ceased, the Fiat Multipla equipment continues to be required and therefore retain discrete quotes, also and especially for the space that the car offers, in addition to the appreciable qualities as a road racer united to content consumption. —draft 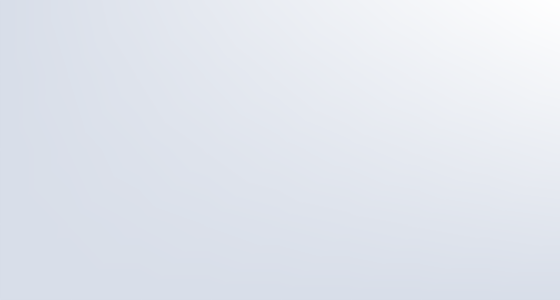 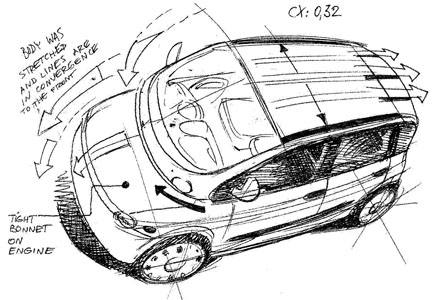 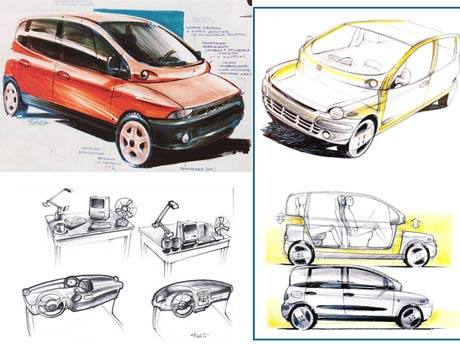